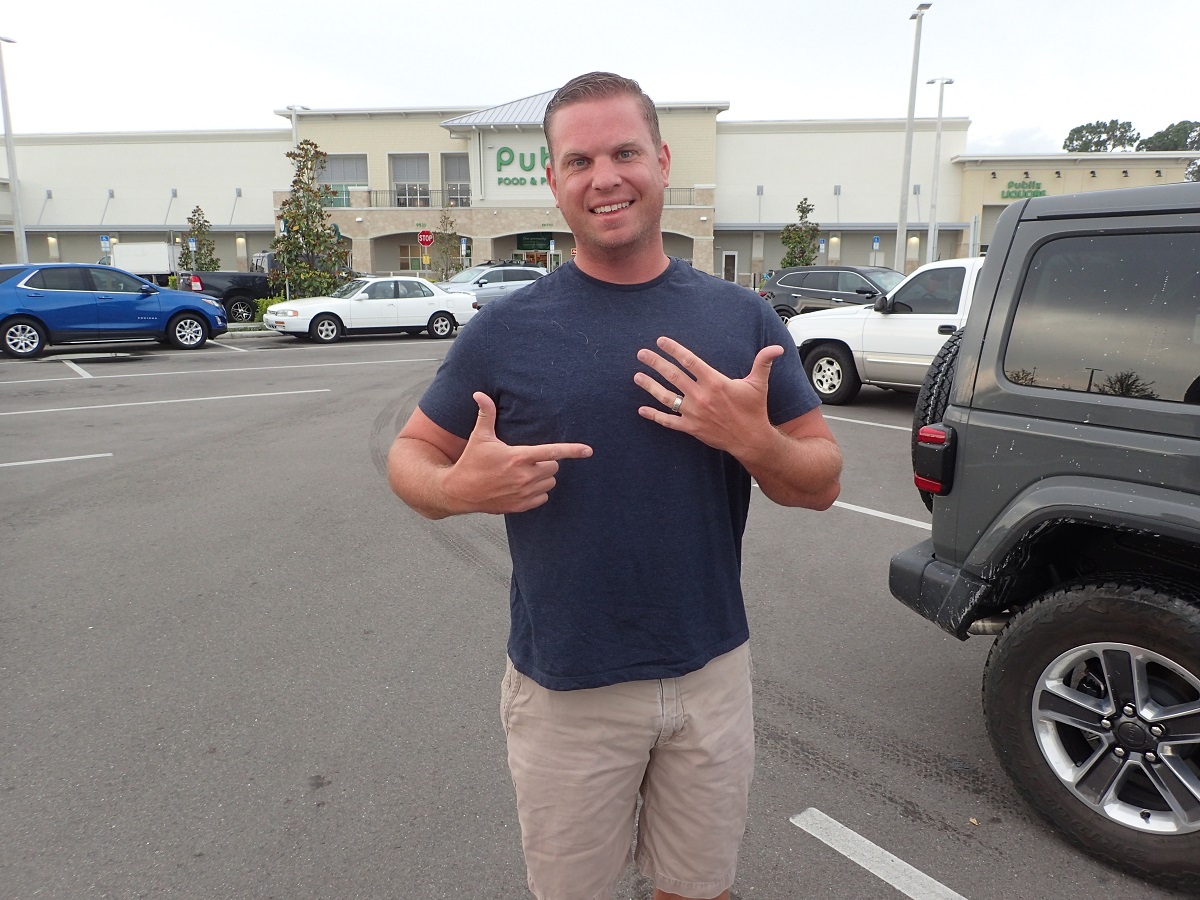 Ryan and his friend were having a slow day at work, so they took the afternoon off and went to South Lido Beach in Sarasota. After warming in the sun, they started to play Jai alai in the water. As they tossed the ball back and forth Ryan felt his wedding ring slip off his finger. He stood right where he was and then methodically looked for his ring. After 2 hours he gave up and headed back home. Later that evening his wife found SRARC Ring Finders on the internet and Ryan called Joe Szemer. Joe put out a callout and Mike Miller responded. Arrangements were made to meet the next morning and Mike hunted for four hours with no luck. Mike made arrangements with Mike Schuler and Ed Osmar to meet a couple of days later. They divided the area up into three smaller chunks and went at it again. An hour later Mike Schuler let out a yell and held the ring into the air with triumph. Ryan was not there to join the team to celebrate but when he got the news he was overjoyed. A few days later Ryan returned to town and we were able to give him back this most prized possession.