Garrett and his wife Kristin were spending the weekend on Madeira Beach with her two brothers and their families. They had all decided to do a special trip to the beach celebrating Kristin’s niece’s birthday. Saturday afternoon Garrett and his brothers in law were tossing a football in the water when his wedding ring came off his finger and he watched it drop in the water and disappear in the sand below. He and Kristin were married in March and now the ring is gone just 4 months later. Kristin’s niece asked them if they were still married now that the ring was gone. They reassured her “yes we are still married”.

Jonathan, Garrett’s brother in law started a Google search to rent a metal detector and contacted Phil Myer of Myers of Myers Detector Depot. Phil told him to contact SRARC and they would come out and search for it. Jonathan contacted Tom Jones who was having lunch at the time with Joe Szemer on Treasure Island. After lunch the two headed up to Madeira Beach and met up with the family. After getting the details Joe and Tom started searching. The hunt went on for 45 minutes and neither hunter had found a single target, much less the ring. Tom started hunting a pattern up and down the beach moving closer to the water line each time thinking that the tide was going out and waist deep water at noon could be knee deep by 2:30. Finally a good target was heard and the ring appeared in Tom’s scoop. The whole family ran over the see the ring, amazed that it could even be found.

Before saying goodbye, Tom gave them his normal newlywed speech.

“Remember this day for the rest of your married life. If a time comes when things get tough, remember back to this day and realize that nothing is impossible”. 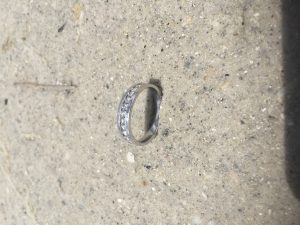 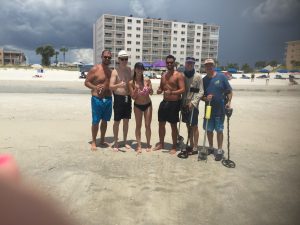 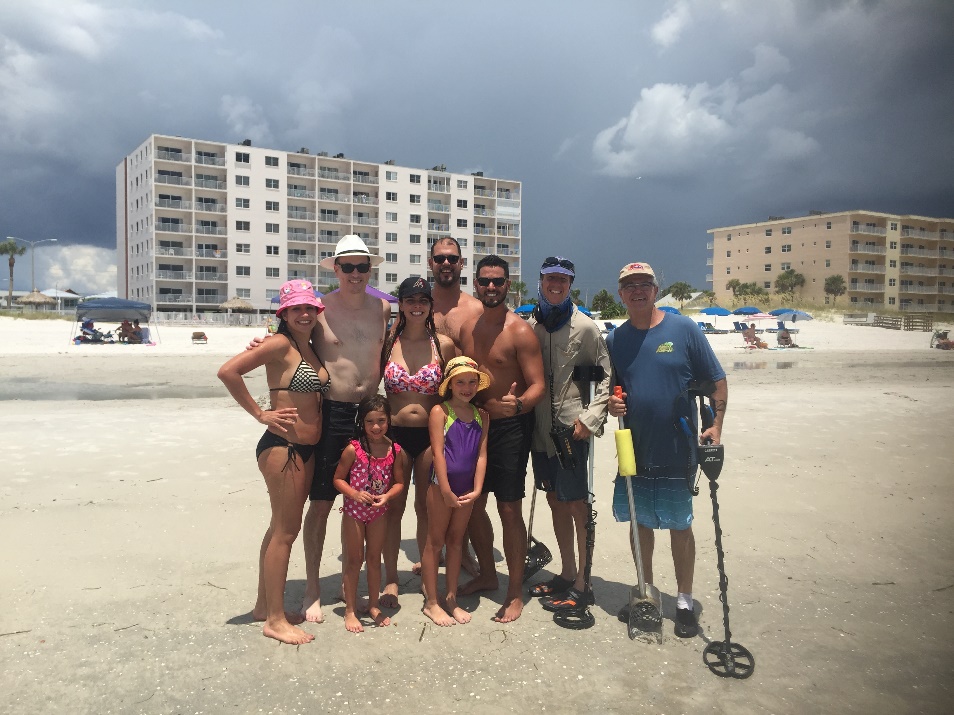 Marco and his wife were in town from Miami vacationing in St. Petersburg when they decided to spend the day at Clearwater Beach.  Marco was doing some digging in the sand and decided that it would be best to give his wife his wedding ring for safe keeping.  She put the ring in their beach bag and they went about enjoying the beach until a storm swept in rapidly and they were forced to leave the beach in a hurry.  When they got to the car, they discovered Marco’s ring was missing.  Fortunately for Marco, the valet at the Hyatt is very aware of the SRARC’s ring finder team and told Marco’s to call on them.  Marco called Tom jones who passed on to team member Stan Flack to see if we could locate the ring.  By now it was dark so with Marco and his wife leaving the next day, Stan suggested a very early morning hunt and the two met on Clearwater beach at 6 a.m.  Unfortunately the place marker Marco had left of where they had been was now gone, but a few clues were still there including Marco’s eye for detail on a few beach trash items he remembered seeing.  A little daylight, a little deducing on a path of travel, and a dash of luck and Stan had the ring in his scoop in about 20 minutes.  A stunned Marco was very happy to have his ring back with smiles and high fives all the way around. 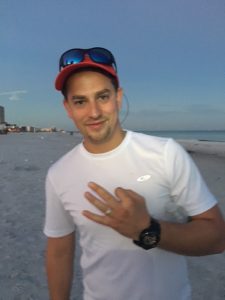