Lost Ring Found and Returned on Siesta Key Beach, It is Number 99 for Jay and Karen Ganz

Ron’s Brother in law was playing football on the beach when his tungsten wedding band flew off in the water.
After franticly searching for the ring with no luck, Ron contacted Tom Jones for help. No club members were available at the time so Tom called another member of theringfinders.com in Manatee County to help. After two days not hearing anything back Tom called Ron to see if the ring was found and learned that it was not. Tom called Karen Ganz and asked her if she could possibly help. Karen gladly contacted Ron and met up with them the next morning. After hunting the area that the ring was thought to be in for over an hour, Karen moved into ankle deep water and located the ring.

Congratulations Karen & Jay. Only one more to your goal of 100 returned rings in you detecting career. It looks like you will exceed that long ago set goal. You two are a great example of all the good people we have participating in our hobby. 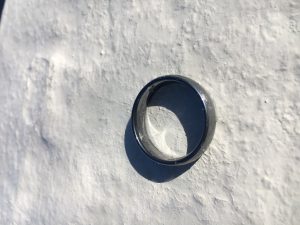 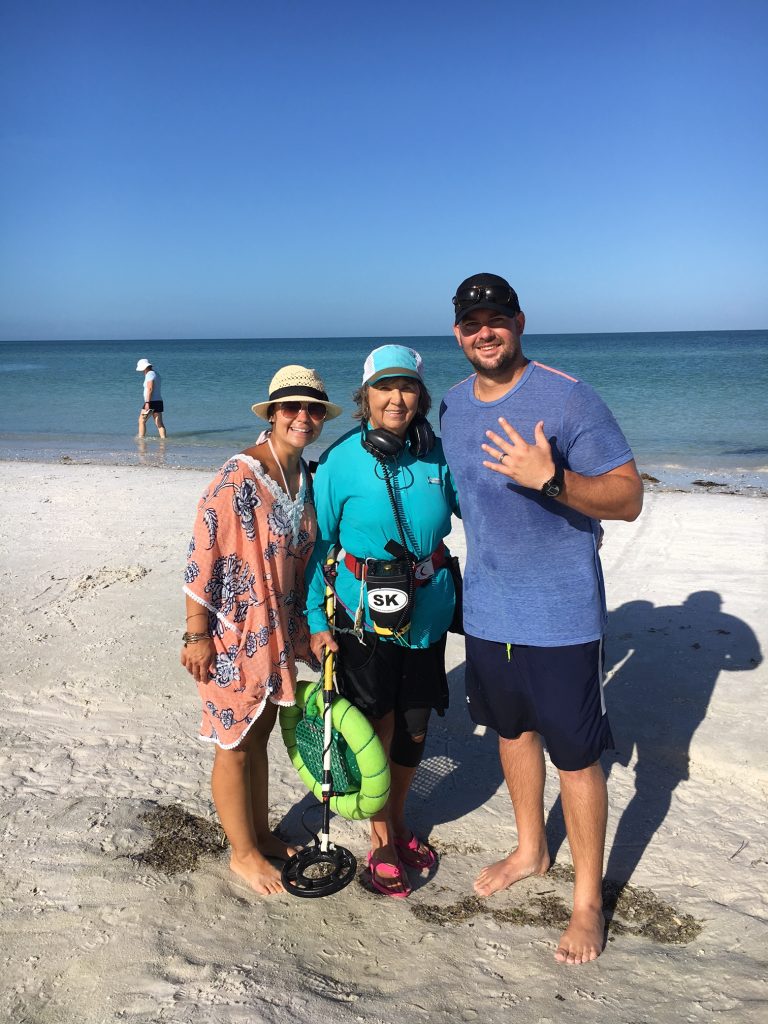 Ron and Mercy Manning were spending the week of July 4th with her family on Siesta Key. Ron was out in the water throwing a ball when his white gold wedding ring came off and went into the water. The whole family went in the water looking for the ring. Ron and Mercy had planned to stay at Siesta for the whole week until Mercy’s sister injured herself and had to be taken back to Miami. Losing the ring and having to leave it behind broke Ron’s heart and also their daughter who was afraid that the ring was gone and her parents would no longer be married. Mercy reassured her that they were still married.

Upon returning to Miami Mercy found theringfinders.com on the internet and contacted Tom Jones on July 7th and scheduled a hunt for July 8. Tom, Mike Miller, Mike Shuler, Ed Osmar and Mark Sillence arrived at the beach and started hunting for the ring. After searching the area where the ring was lost with no results, Ed and Mark moved to the gulf side of the sand bar. Not long after Ed yells out, “is this it?” Tom took the ring and read the date 02/14/97 which was Ron and Mercy’s wedding date. Tom called her on facetime to give the good news and be able to see her face when she saw the ring. She was over joyed when she heard that the ring had actually been found. Mercy called her aunt who was still on Siesta and the ring was given to her to take home to Ron. 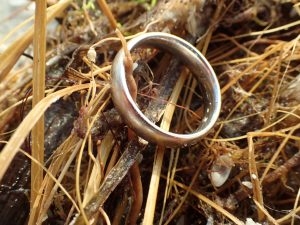 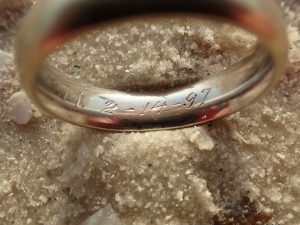 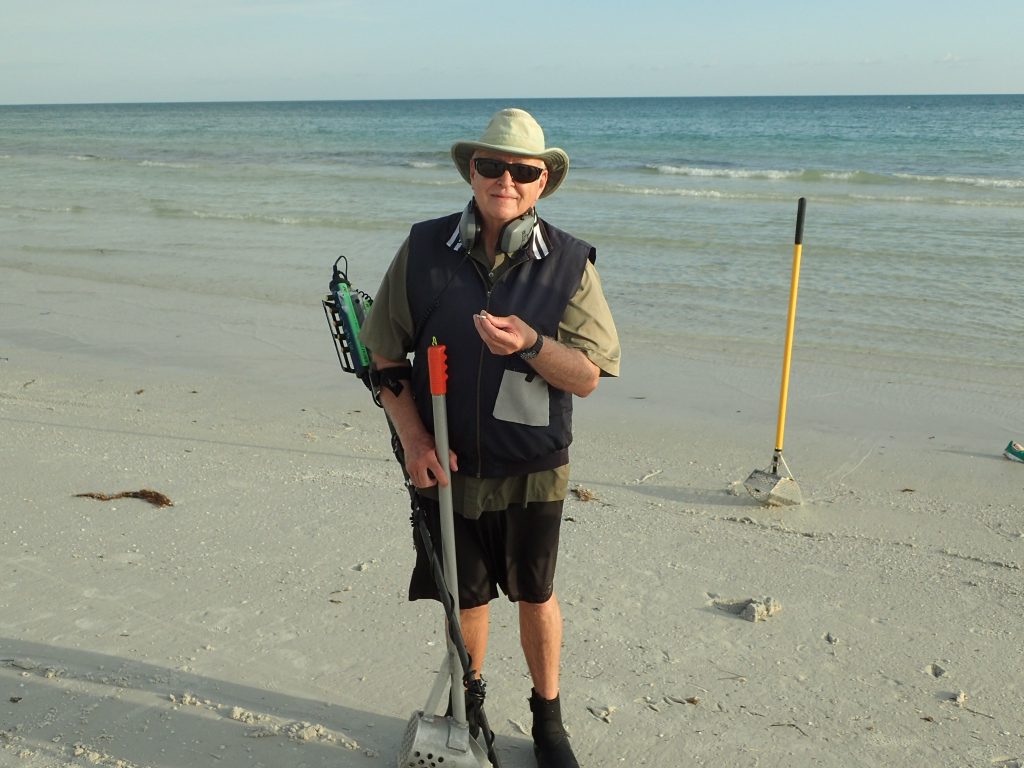 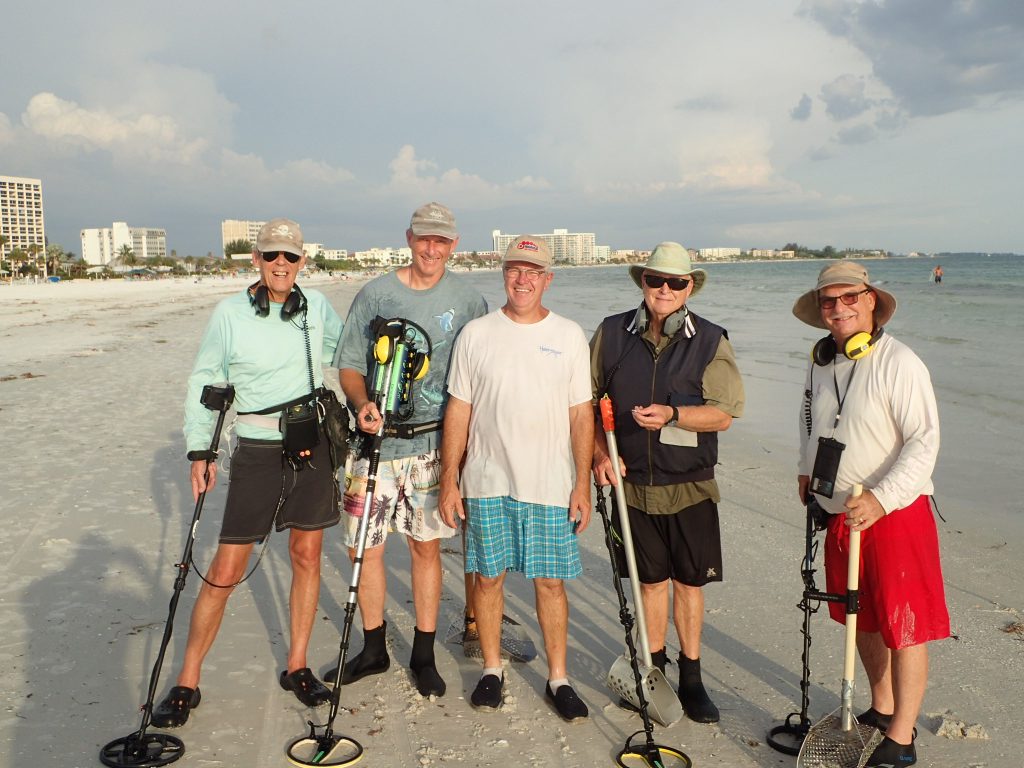 As he walked out of the water, Zane realized he had lost his wedding ring. Devastated, he told his wife and then all the family joined in the search but with no luck. They had all come to Florida from Atlanta, Georgia to enjoy the beaches and then take the kids to Disney World so this event was just not in the plan.

Zane had been tossing a football in the water with his brother and never felt the ring come off his finger. His sister-in-law Kimberly immediately googled lost ring Sarasota and SRARC popped up on The Ring Finders. She contacted Tom who passed her on to Mike. They had people waiting in the area that the ring was lost but they needed to leave for their trip to Orlando soon. Mike headed down to Siesta Key right away and arrived as they began to pack up their beach gear. After getting the lay of the land, Mike went to work and after about 30 minutes the ring came back out of the water and into Zane’s hand. Zane was all smiles and they all were soon on their way to Disney world I’m sure to the children’s delight. 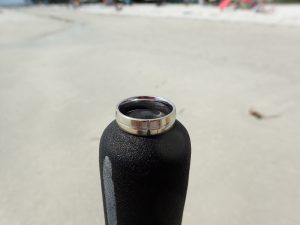 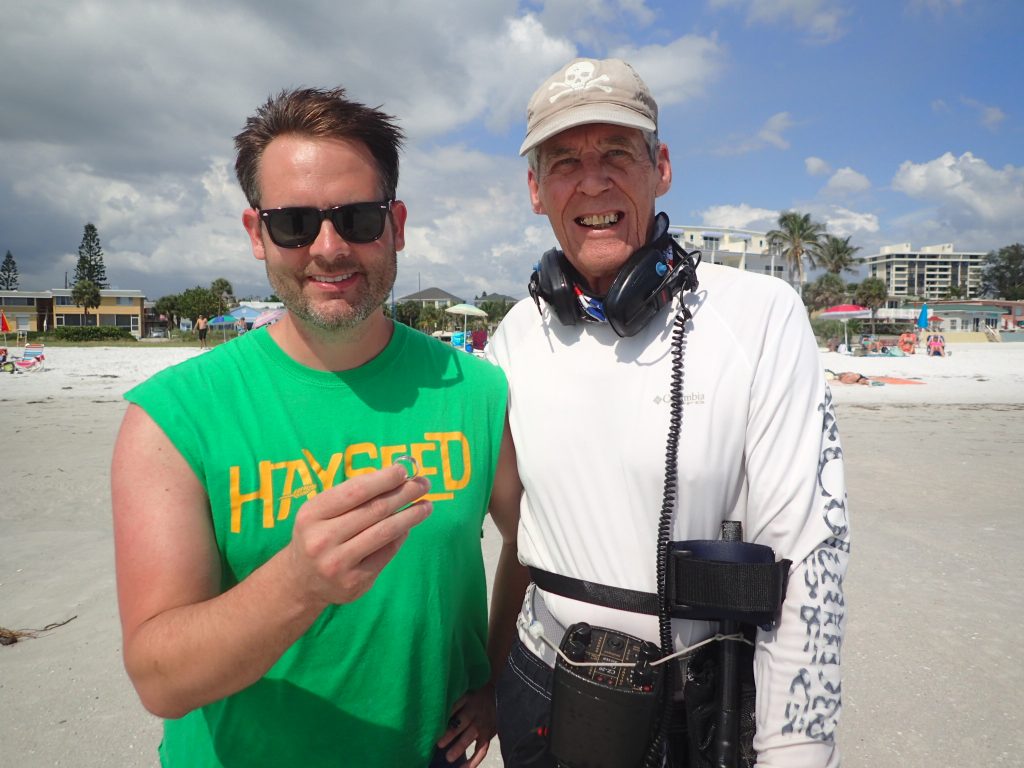 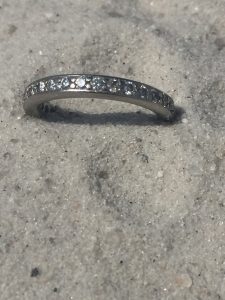 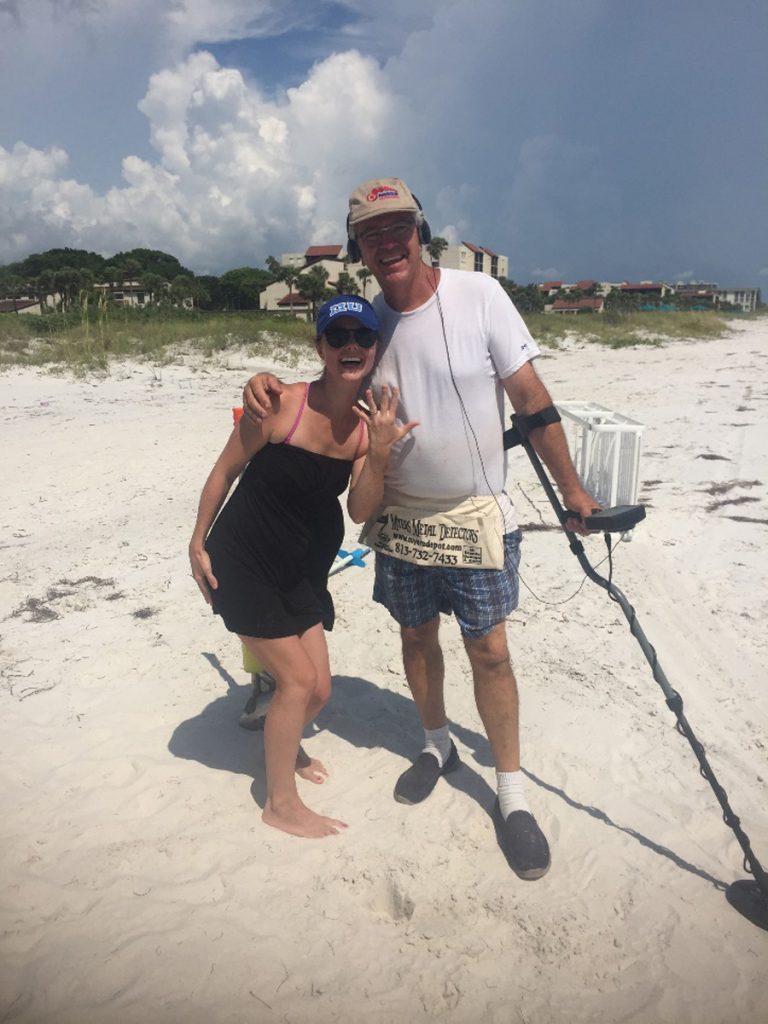 Joe and Michelle were over from Jupiter, Florida to visit with some of their friends who had come down from St Johns, Canada for a warm weekend vacation at the beach. To be sure Michelle didn’t lose her wedding ring while on the beach or in the water, she put the ring into the pocket on her beach chair. They all enjoyed a great day in the sun at Siesta Key beach. When it came time to go, they folded up their chairs and headed for their car. While loading the chair into the car Michelle remembered her ring. They looked all over the car and then returned to the beach where they had been setting. After searching for a while someone on the beach mentioned that they needed to rent a metal detector. Joe googled lost ring Siesta Key and up popped SRARC on The Ring Finders site. Joe called Mike Miller and Mike headed right down to the beach while they were still there. After a few passes over the area they had been setting in, he hit the ring. When he handed Michelle the ring, she got a giant smile on her face and gave him a big hug. It was great to see the smiles on both of their faces and the hug was awesome. SRARC is glad to have been able to save the day for Joe and Michelle. 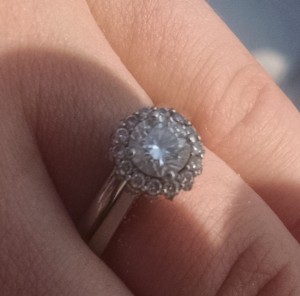 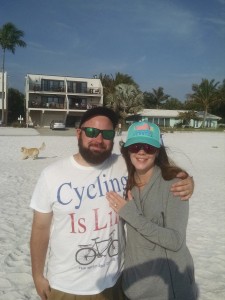 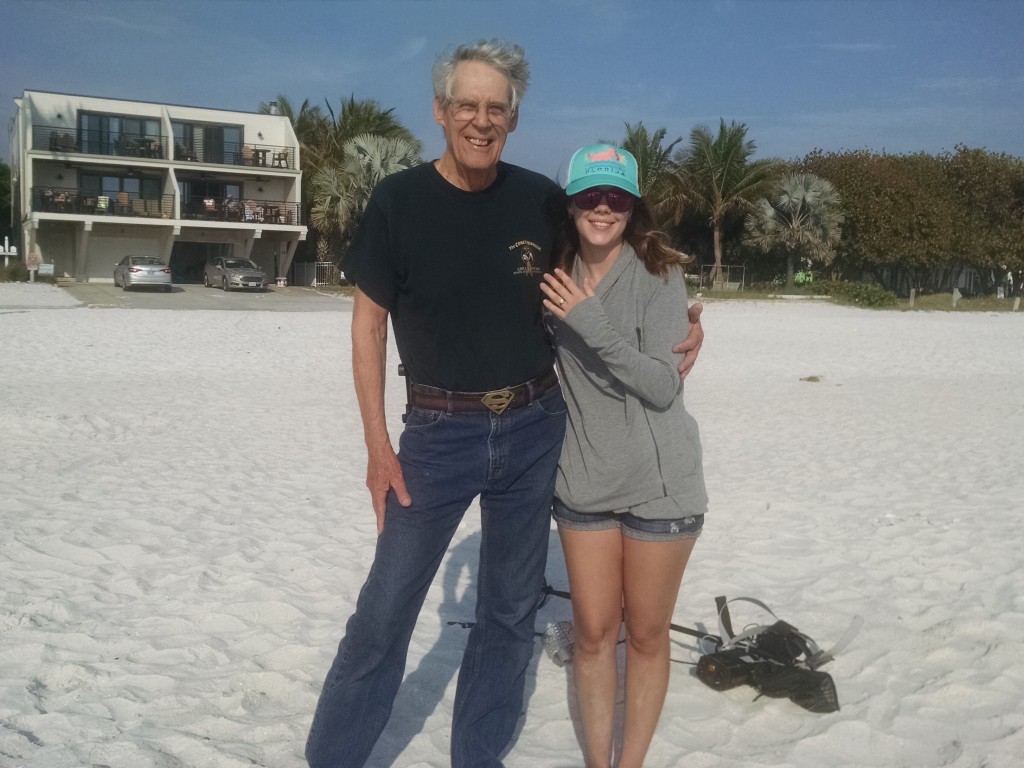