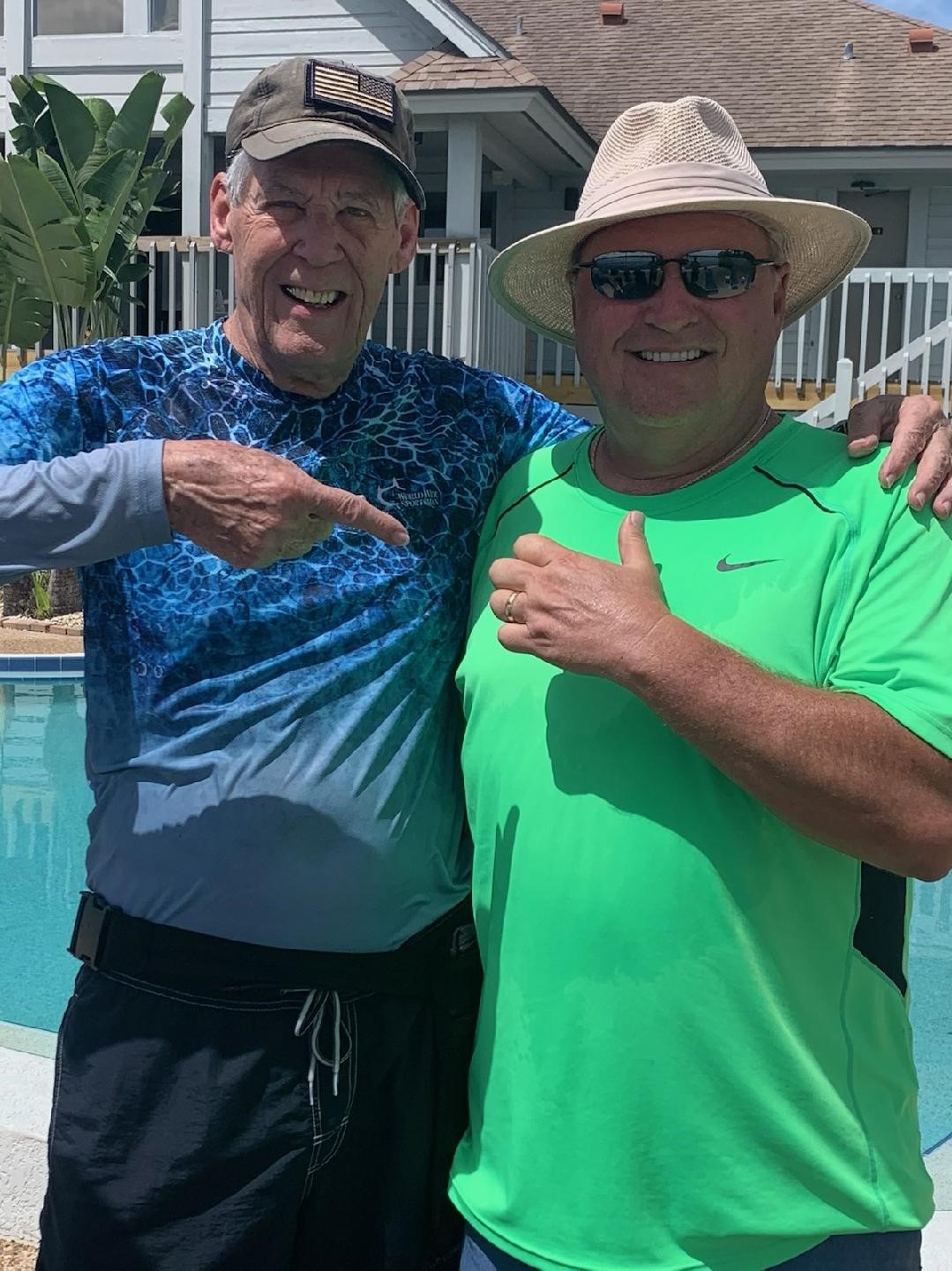 Chuck and his wife were relaxing in chairs on the bulkhead of their Siesta Key Condo watching the boats pass by on the inland waterway. Chuck was leaning forward fidgeting with his wedding ring and it slipped over the end of his finger and out of his hand. The ring bounced once on the concrete bulkhead and dropped into the water. He got a small net and some scuba gear hoping to scrap it up out of the bottom but he had no luck. Later that evening his wife found SRARC Ring Finders and contacted Howard Metts. Howard transmitted a callout and Mike took the challenge, contacted Chuck and arranged to meet him in the 4th of July. It was a very difficult hunt due to a large amount of iron spread throughout area. After about an hour and a half of hunting Mike was able to separate the ring from the iron and out of the deep it came. Now this was a pretty good day for Chuck, he was able to celebrate Independence Day, His 41st wedding anniversary, and the return of his wedding ring originally placed on his finger 41 years ago. He was a very happy man.