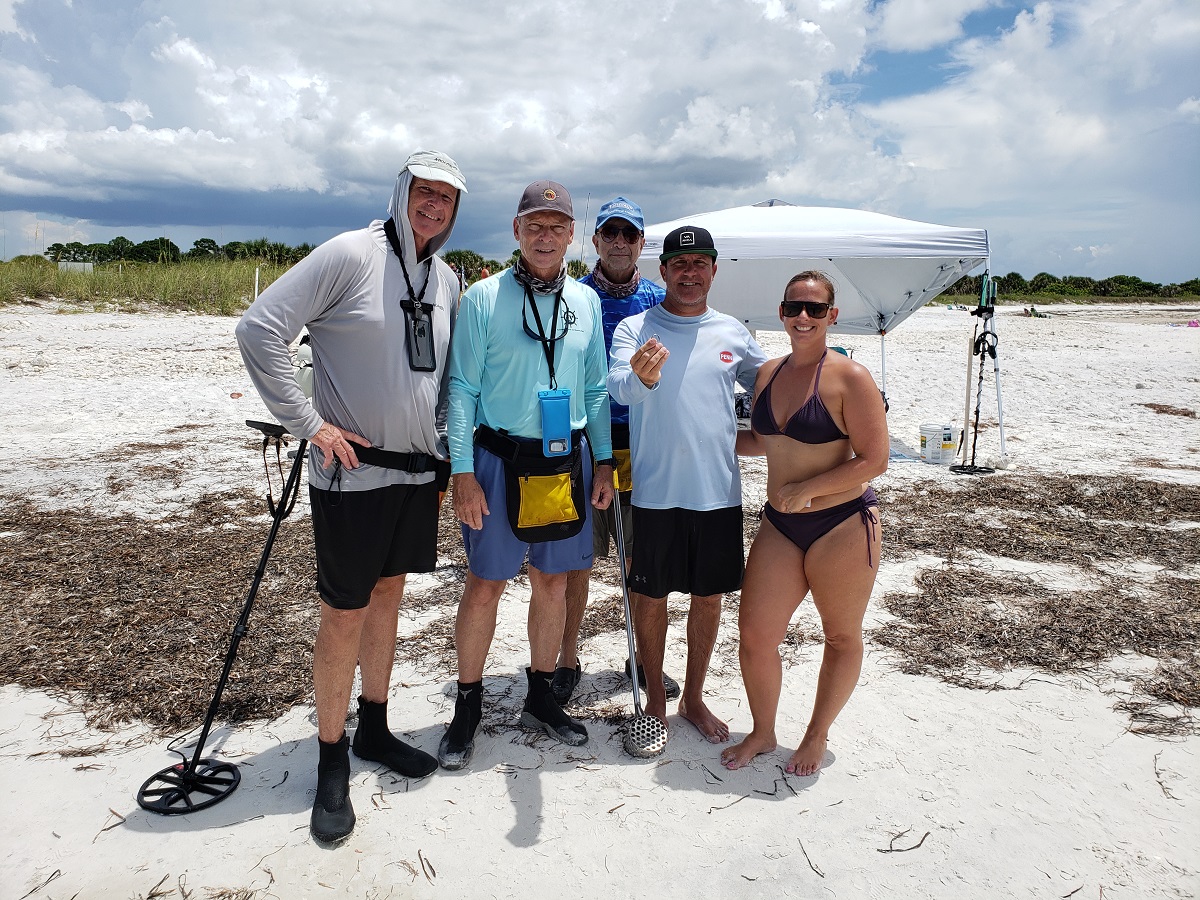 Robert was wade fishing on Honeymoon Island when he watched his wedding ring slide off into the water. A neighbortold them to call our club which put them in contact with Howard Metts. Three members from SRARC Ringfinders cameout for the hunt, Dimitur Alipiev, Howard Metts, and Mike Shuler. Robert and his wife guided the hunters to where they thought the ring had come off. After an hour of no success, Howard Metts decided to hunt in shallower water, 15 minutes later Howard had the ring in his scoop. Robert and Kelly were amazed we had found it as a neighbor searched for 2 hours without finding it. Great job SRARC Ringfinders!