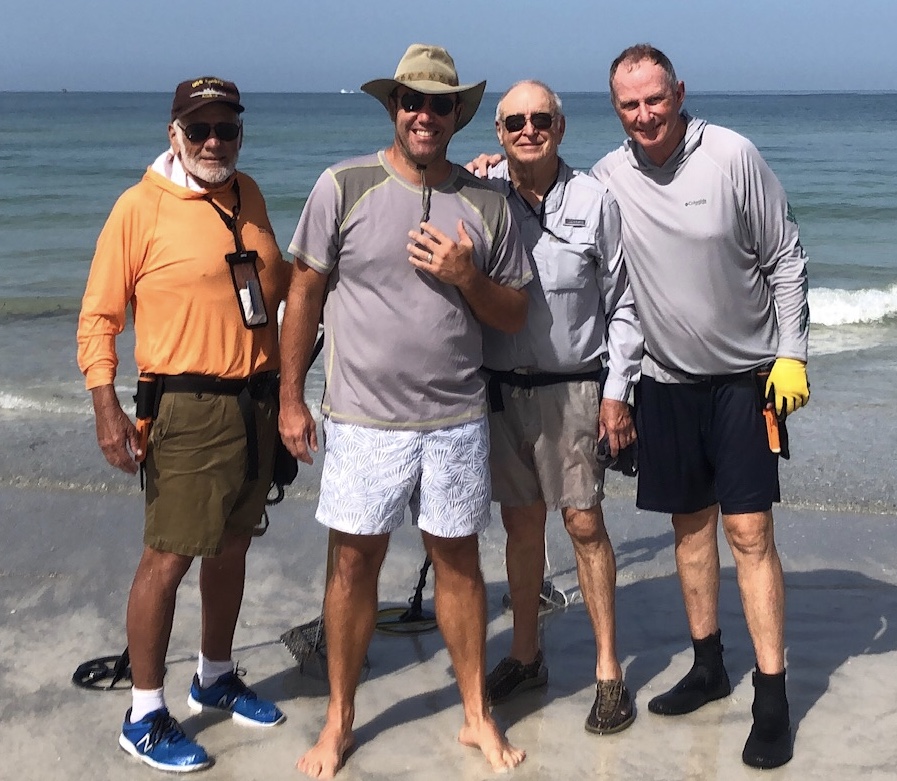 Josh and his family were visiting friends at Reddington Shores. As he and his daughter were swimming in the deep water in front of the sand bar, his daughter accidentally kicked Josh’s hand, sending his wedding band to the bottom. After unsuccessfully combing through the sand with his toes, Josh considered buying a metal detector. Phil Meyers, the owner of a metal detector shop in Tampa, told him about SRARC and Ringfinders. Josh contacted Joe Szemer, who put out an announcement to the Ringfinder group. Bill Gallant, Ed Osmar, Mike Shuler, and Rob Clarke responded to the site. After about 45 minutes, Ed said he had a very promising signal, and sure enough, it turned out to be Josh’s ring! Josh met the group at the beach, and was beaming when Ed handed him his wedding band!