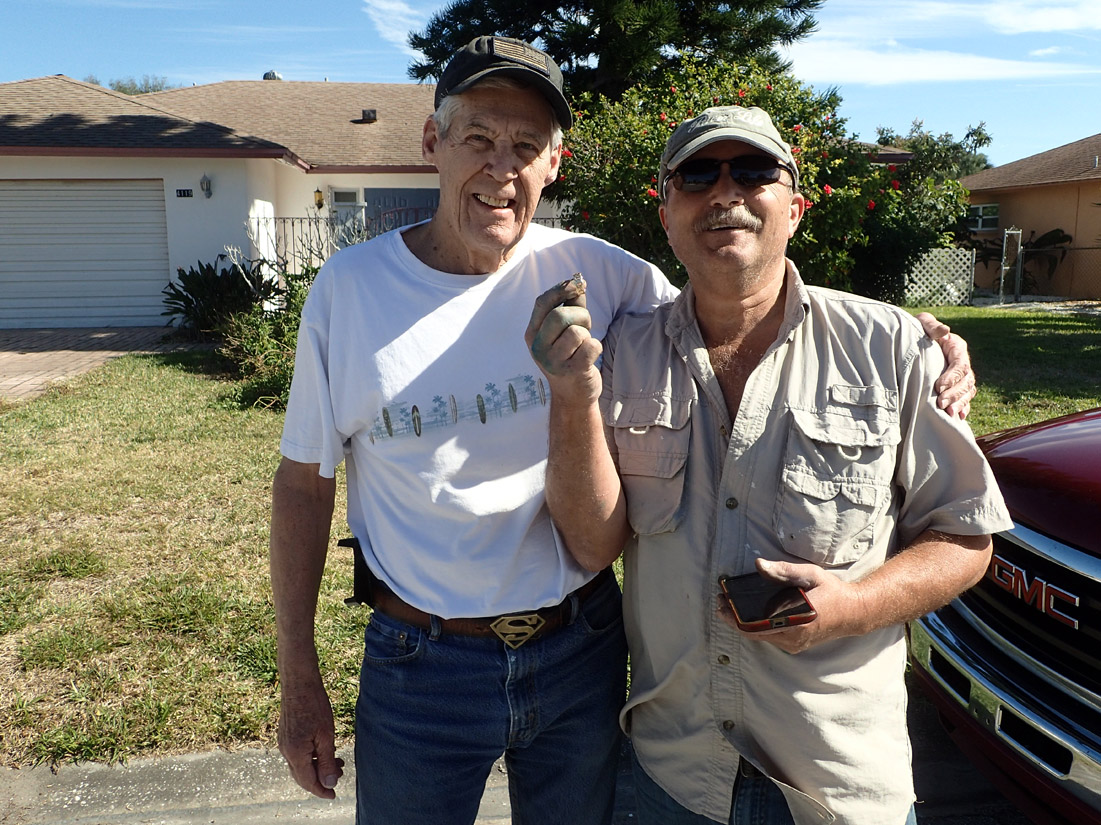 Carl was washing the dog in his driveway in Bradenton. As he scrubbed, his hand flew up and his ring went flying out into the yard. This was his step fathers wedding ring given to him by Carl’s mother. It had been handed down to Carl after his mother had passed. Carl was very close to his step father who came into the family with a very interesting past. The family was living in Germany during Hitler’s rise and Carl’s step father and one brother were able to escape to the USA but lost all other family members in Auschwitz. He joined the US armed forces and ended up in the 101 Airborne Division. He fought at the Battle of the Bulge and also the capture of Hitler’s Eagle’s Nest. Carl held this ring with great respect and was heartbroken over it’s loss. Carl goggled the internet and found SRARC ring finders and was shortly connected with Howard Mett’s. Howard called for a hunt and Mike Miller responded. Mike met Carl at the site and Carl described where he thought the ring had landed. After going over the area several times with no luck we were loosing hope. Mike started checking the flower beds that were close to the area but nothing popped out. They started ripping the shrubs out so more of the ground could be covered and as the last of the bushes came Mike got a good hit. Carl was overjoyed as Mike help the ring up. Needless to say, Carl was grinning from ear to ear. SRARC is proud to return something so important to Carl but also to help keep the memory alive of one of our brave military veterans.