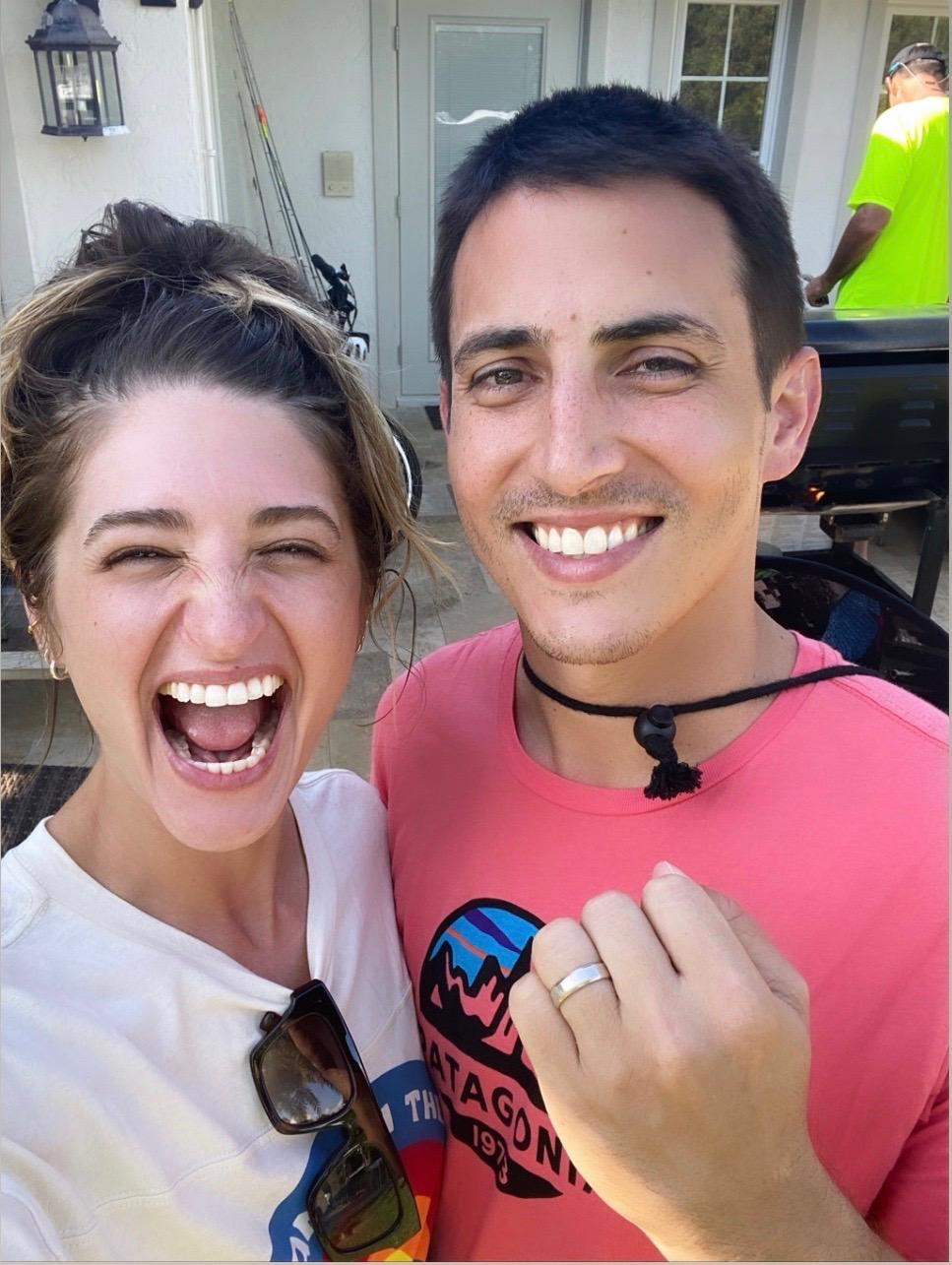 Kathy and Steve were staying on Anna Maria Island for a week with their Daughter Katelyn and Son-in-law Jesse. On Wednesday afternoon they were all out at the beach enjoying the water and sun. As they tossed a football around while standing in waist deep water, Jesse felt his wedding ring slip off and watched it fall into the water. They all kept their wits about them. Katelyn was standing right next to Jesse when the ring came off, so she stayed right there, and the others searched all around her. They soon realized that they would most likely not find it. Kathy googled for help finding a lost ring and up popped the SARAC ring finders’ group. While Katelyn stood right where the ring had dropped, Steve went back to shore and retrieved a fishing pole holder. He returned to where Katelyn was standing and planted it into the sand so the location would not be lost. Mike responded to the callout and was soon on site. He hunted around the marker and kept expanding the search area. Finally, he decided to do a grid search covering about 40 ft each side of the marker. Starting in the deeper water and working in toward the shore. After about 45 minutes he was back to the area just shore side of the marker. As he approached the marker again, he stopped and asked Jesse why he felt that the marker was where he had been when the ring was lost. He said because his wife was standing where they had been, and she never moved until the marker was in place. Mike took one step after that and there it was about 3 feet from the marker. He couldn’t believe he had been over that area at least twice before and missed it. Jesse was very happy to see the ring come up and broke out into a great big smile. He said, “I think my wife will start talking to me again”, and when you look at the picture of her when she found out it was back on his finger, I think he is right. Now they have a great story and can enjoy the rest of their vacation.